My dear son, now you are a soldier. I always wished you’d never be one. But then the “brown plague” broke out bringing war and shattering my dreams.

Oh, you know my son, I was a soldier too. In the last war, I was pushed into the army. I fought against it. I hate war.  The hate is deeply ingrained.

Heartfield joins the Prague Oskar Kokoschka League in 1937. His works are shown in the exhibition 50 Years Mánes. Some of his works are removed from this exhibition because Nazis threaten art that opposes their soulless propaganda in any fashion. Germany threatens to break off diplomatic relations with Czechoslovakia if John Heartfield’s art appears in an exhibition.

The anti-war artist, himself willing to face a constant threat of assassination, fears for the life of his son, Tom George Heartfield. Tom in living with his father in Prague.

Eventually, John convinces Tom to leave Europe and travel to America. Later, Tom joins the American Army to fight against Hitler and The Third Reich. 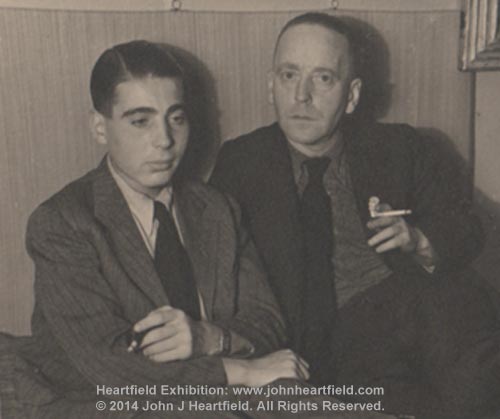 A concerned John Heartfield and his son, Tom. They share living quarters and Nazi death threats from 1936-1938. 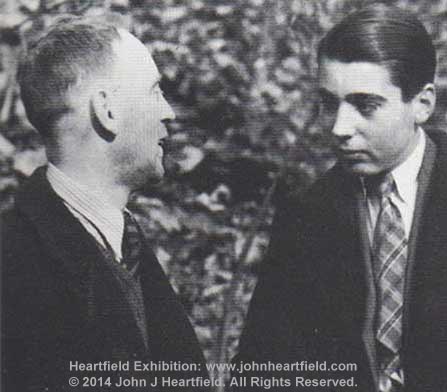