“At that time, we became Dadaists. Naturally, this was almost a nihilistic attitude
on the part of us artists. It couldn’t have been anything else, because
most of us were from the middle class and didn’t have the connections
to the working class that we should have had. To begin with, we argued
vehemently, especially with our artist friends, in a Dadaist way. But
not only with them, but also with visitors at our Dada events.”


“Dadaists fought fiercely against the barbaric state
that Germany had flung itself into
and in which it remained as a result of the war.”


“It was our decided opinion that a Dadaist
was and had to be a radical opponent of exploitation
and that was what we always planned.”

On December 30, he joins the German Communist Party (KPD), together with his brother, Wieland, George Grosz, and Erwin Piscator.

The members of the KPD were in direct opposition to the other German communist party, the SPD. The KPD were convinced the SPD were closely aligned with Hitler’s National Socialists.

On May 13, 1918, Heartfield’s son, Tom George Heartfield, is born. As an adult, Tom Heartfield fought as an American Army soldier during World War II. After the war, he spent the remainder of his life in New York City, chasing the American Dream.

John Heartfield and Tom Heartfield always remain very close. Tom is a lifelong admirer and supporter of his father, both financially and emotionally.

Tom Heartfield and his wife, Lina (an Italian Partisan) were the parents of the exhibition’s curator, John Joseph Heartfield. It is because Tom treasure every memento of his father’s life that the John J Heartfield Collection exists today. 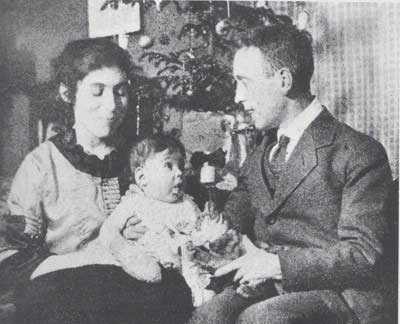